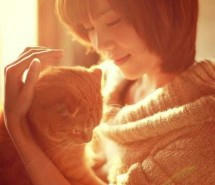 At times when you are so confused, that you don’t know which dessert you want more, and yet you want them both – you end up with doing this ! Last weekend, given Ramadan is still going on, and we’ve been feasting on all the traditional delicacies, I was craving at the same time, two very traditional to Ramadan desserts. One being a delicate aromatic rice pudding : Firni ( which I’ve posted last year ) and the other Kulfi Falooda. Kulfi is a denser creamier version of Indian ice cream which is at times served at with Falooda, which is vermicelli made from arrowroot and soaked in sweet Rose syrup or any other kind. Both of these are consumed at its highest during Ramadan, and rightly too … If you’ve ever tried them, you’d know why at the end of a day of fasting, how good these chilled sweet desserts can make you feel. A trip to heaven and back.
Putting these two together is quite simple. For the Firni you need to start the night before, as you need the pudding to set. A few good hours of good chilling could work too. The recipe for Firni is here , I omitted the saffron and pistachios for this version. Once the firni is cooked and ready, pour into a large bowl and cover with cling film and let it set. For the falooda noodles, you can buy them at an Indian store or try substituting with glass noodles from the Asia store. While there buy some syrups too. Traditionally Rooh Azfa - Rose syrup is used, and the other one I’ve also used is called Khus Syrup. Khus Khus is commonly known as vetiver grass, is very cool in nature. The name vetiver comes from Tamil wood vetriver – which means root. The roots are very aromatic and have a woody flavour and when combined with sugar, water, citric acid and food colouring, it makes a lovely sweet syrup, which is used in milkshakes, desserts and cocktails.
To make the noodles all you have to do is boil them till soft, run through cold water and drain. Divide in two portions and soak them in the two syrups respectively for 2 hours atleast. To put it all together, take the firni and give it a good whisk, mixing it all well together. If you find it too dry to handle add a little milk. Layer in tall glasses, starting firni first and then the noodles. At the end garnish with blanched and sliced almonds and some finely ground cardamom powder. Serve chilled.
Don't let it slip away Maybe this is love Quiet waiting A slowly away stage Silently watch The furthest distance Always shallow edge
PR